Workplace mismanagement. Kanye West allegedly showed Kim Kardashian’s nude photos to Adidas staff before the company cut ties with him. In a scathing report from Rolling Stone, many former staff members came forward to talk about the Yeezy founder’s abusive behavior towards employees.

The report exposed Ye’s toxic behavior that pervaded the workplace. Many employees claimed that he played pornography to the Yeezy staff in meetings, showed explicit private photos of Kim Kardashian in interviews and showed his sex tapes to the team members. A former collaborator said of the behavior. “At the time I found it odd but in line with his persona as an edgy artist,” they revealed to the publication. “Now, seeing it within a larger pattern, I feel it was a tactic to break a person down and establish their unwavering allegiance to him, testing and destroying people’s boundaries.” 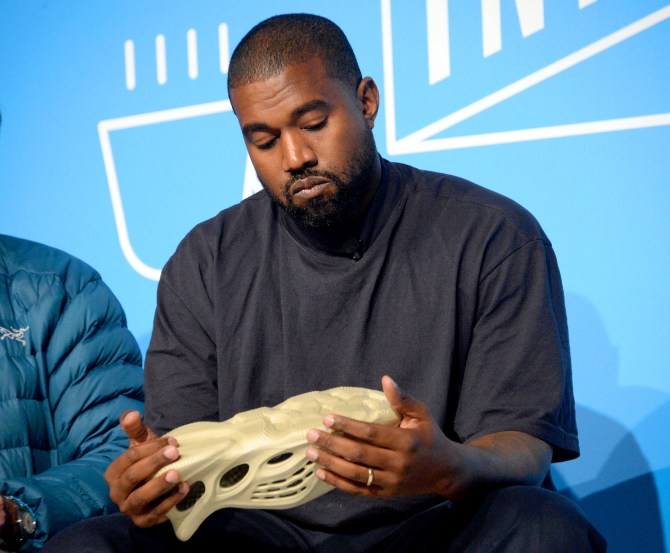 As well as showing employees inappropriate images and videos, the “Heartless” rapper was accused of belittling his employees. In one instance, he was accused of making a woman of color employee sit on the floor for hours because she didn’t “deserve to sit at the table” for a meeting. Former employees went up to write “The Truth About Yeezy: A Call to Action for Adidas Leadership” and accused the athletic wear company of lacking “responsibility, accountability, and protection that Adidas failed to provide their employees throughout what we experienced as years of verbal abuse, vulgar tirades, and bullying attacks.”

Adidas cut off Ye from their brand after 9 years of collaboration when the DONDA rapper recently posted antisemitic rants on social media. He received much backlash after he posted his documentary where he showed a group of Adidas executives porn on camera. A representative of Kanye explained to the executives why Ye showed the explicit videos to him, because he was accusing them of stealing his ideas. “What you’re feeling right now is extreme discomfort, and that is exactly the point,” the rep said. “Because when someone steals this man’s ideas, his creations — it’s like you’re stealing a child. These are all children of his mind, and you’ve kidnapped them.”

After the series of anti-semitic rants, companies that frequently collaborated with Kanye such as Gap, Balenciaga, and Def Jam cut ties with the “Flashing Lights” artist. Before they cut ties, Kanye boasted about his Adidas connection on Drink Champs, “I can literally say antisemitic things and Adidas can’t drop me… Now what?”

Kim filed for divorce from Kanye in February 2021 after six years of marriage. The ex-couple have four kids together: North, 8, Saint, 6, Chicago, 4, and Psalm, 3. In the same Instagram rants, Kanye was allegedly fighting with Kim on where their kids should go to school. Kanye was insistent that their kids should go to his new Donda Academy, but the person asked him to “stop.” Kanye replied, “No, we need to talk in person, you don’t have a say so of where the kids go to school. Why you get say say? Cause you half white?” The conversation continued and the person relayed a message from Kris where she said, “Tell him to please stop mentioning my name.“I’m almost 67 years old and I don’t always feel great and this stresses me to no end.”

The Kardashians is available to stream on Hulu. Here’s how to watch it for free.

Our mission at STYLECASTER is to bring style to the people, and we only feature products we think you’ll love as much as we do. Please note that if you purchase something by clicking on a link within this story, we may receive a small commission of the sale.

Here's how much Mass. paid out in tax refunds so far, and how to get yours

How Did Loretta Lynn Die? Cause of Death, How She Passed, Funeral, Last Words