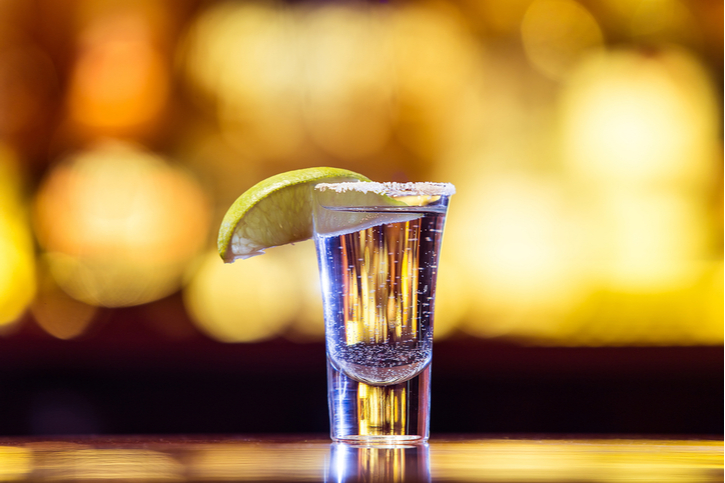 Is Tequila a Stimulant or a Depressant?


A simple night out starts off smoothly, you enjoy the dance and laugh with friends. A couple of tequila shots later, your vision starts to get blurred, you sing songs only you know about, and all you can see are spinning rooms. The next day you wake without a recollection of anything that happened in the last five hours. You now realize why people say “Tequila makes me crazy.” That’s the effect of tequila. For a long time, it’s been said that tequila is a stimulant rather than a depressant. While we don’t know the origin of this sentiment, we’ve always wondered if it is true. Well, today, all your questions get answered.

What Is a Stimulant?

Stimulants are groups of drugs that provide increased activity in the body. Often referred to as “uppers”, these drugs are usually abused because of their performance-enhancing and euphoric effects.

A person who takes a stimulant experiences heightened energy levels and enhanced focus. The drug temporarily increases the levels of dopamine in the brain, speeding up mental and physical processes, causing users to feel great. However, after the drug wears off, it can have unpleasant consequences.

Tequila is a distilled liquor made from the fermented juices of the blue agave plant, primarily found in the surrounding city of Tequila and the Jaliscan Highlands (Los Altos de Jalisco). It’s one of the most popular spirits in the world that’s largely consumed in Mexico and the United States.

Is Tequila a Stimulant or Depressant?

According to Dr. Nehal Vadhan, a psychologist with expertise in substance use, tequila is not a stimulant. It’s a depressant just like any other alcohol. So, why would people believe that tequila is a stimulant?

According to Dr. Vadhan, the top reason why people think it’s a stimulant is that it’s mostly consumed through quick shots, which gives them skewed expectations about what it makes them feel. Moreover, tequila tends to be consumed at parties, as opposed with meals, like wine or beer, making people think it’s a hype drink.

Since people are often excited and aroused after drinking tequila, they get the perception that tequila is a stimulant. Despite getting or seeing people get raucous and overly energetic, tequila is a depressant since it’s a form of ethanol, the intoxicating ingredient in all other liquors, including wine and beer.

The alcohol molecule in all alcoholic drinks is the same and will affect the brain the same way. The phrase “Tequila makes me crazy” may come from how it’s usually drunk, which is in the form of shots, taken in fairly short succession. Beer and wine, on the other hand, are sipped over time and often used to relax.

Depressants, on the other hand, slow you down by decreasing your heart rate and blood pressure. They make you feel relaxed and can even sedate you. Initial doses of alcohol may stimulate your brain, leaving you energized. In addition, alcohol increases your heart rate, which might lead to aggression in some people.

Stimulant effects manifest when your blood alcohol concentration (BAC) approaches 0.05 mg/l, but are replaced by more depressant effects when the BAC reaches 0.08 mg/l. This is the level you’re considered legally impaired to drive in the United States.

When you take tequila, the effects will vary, depending on the amount you consume and the situation you are in. In smaller amounts, your experience can be euphoric. However, overindulging causes rowdy and wild behavior. The amount of sugar in the mixer might be to blame for spikes in your blood sugar, which alters your mood.

Tequila has 38-55 percent ethanol, depending on the brand and type, and since ethanol affects your neurotransmission and slow brain activity, it makes your favorite shot a depressant.

With the myth of whether tequila is a stimulant or a depressant out of the way, tequila is a great addition to any party, if it’s enjoyed responsibly. As a depressant, tequila has a significant influence on your mind, body, and behavior.

Therefore, act responsibly, and if you think you’ve had too many to drink, call an Uber for your safety and other road users.

The Prime Minister, the Parties, and the Ministerial Code – UK Constitutional Law Association

What Vitamins to Take for Peripheral Disease Arteries?

The Best and Worst Bedroom Colors for Sleep

Where To Buy Edible Flowers?

Strawberries: Benefits and Side Effects

How To Get Rid Of Wasps With Vinegar

The Best Herbs for Cleaning your Place

Marilyn Monroe Net Worth Before Death: Who Inherited Her Estate?

Marilyn Monroe Net Worth Before Death: Who Inherited Her Estate?